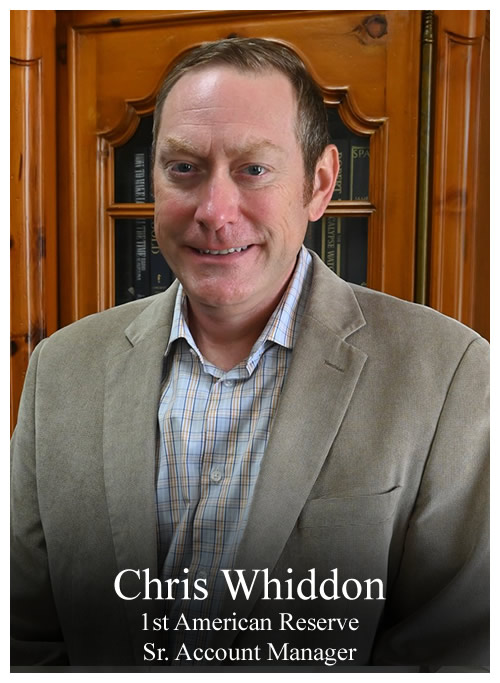 Chris Whiddon, a Sr. Account Manager at 1st American Reserve, has been with the company for 20 years and has a computer information systems degree from Lamar University, which he earned while also working at Sears Inc. He is married and he and his wife have a son.

Chris has an interesting story in that he had three job interviews on the same day in 2000 and chose to join 1st American Reserve over other career paths. He had been an amateur coin collector since his grandfather gave him his first collectible coin when he was eight years old. He didn’t realize at the time that there was a precious metals industry where he would spend his career.

Since then, he has been incredibly successful and helped thousands of clients find the special coins they were seeking for their own collections. Chris still collects coins and has an affinity for $20 Liberty gold coins and $2 ½ Indian gold coins, as well as coins recovered from the S.S. Central America shipwreck. He also collects guns and baseball memorabilia.

Chris is involved in the community through his volunteer work with All Saints Episcopal School and as a little league baseball coach. Chris is available for all of your numismatic needs, so give him a call for a personal touch.