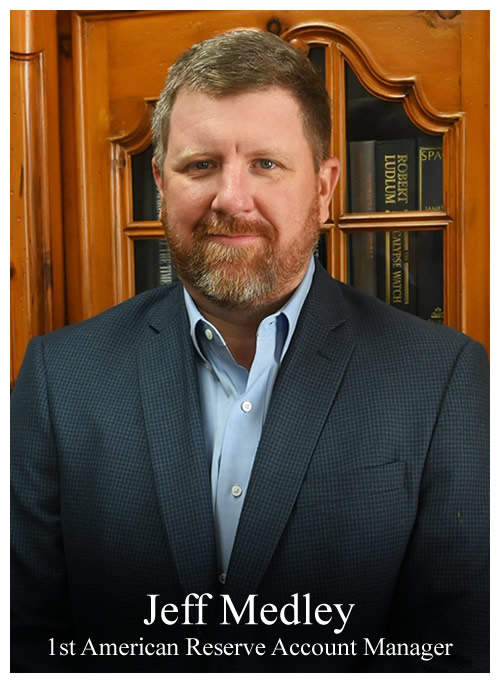 Continue reading "Get to Know the “Team Mike” Professionals at 1st American Reserve Working with Dr. Mike Fuljenz, America’s Gold Expert®"
Jimmy Carter has greatly enhanced his legacy since leaving office after a single term as the nation’s 39th president.  Along with Herbert Hoover, he ranks at or near the top of the list as former chief executives with the most noteworthy post-presidential achievements.
Many hobbyists, however, still feel aggrieved by an action Carter took at the outset of his presidency in January 1977.  As part of a crackdown on what he deemed to be government waste, the former Georgia governor halted public appointments to the annual Assay Commission, a panel that had met since George Washington was president to examine random samples of U.S. coinage, check their purity and weight and determine if they conformed to legal standards.
Continue reading "TRADITION, ANYONE?"
Paper money be out of reach for all but our first First Lady at the moment, but a handful of notable women have enjoyed the honor of appearing on U.S. coinage.
Susan B. Anthony
Women’s suffrage icon Susan B. Anthony was the first woman to be featured on circulating coinage in 1979 when this dollar – her face on its obverse – replaced the one featuring President Eisenhower. The reverse depicts an eagle landing on the moon. The coin was legislated the previous year by President Jimmy Carter.
Sacagawea
This dollar coin, also known as the “golden dollar,” features a three-quarter profile of the Native American woman whose help was instrumental on Lewis and Clark’s famed expedition, along with her infant son. Sacagawea was pregnant when she joined the voyage and gave birth while amid the trek. Its reverse features an eagle along with 17 stars that represent the states in existence at the time of the 1804 journey.
Continue reading "An XX-Rated Collection"
Breaking up a “ring” of high-school counterfeiters might have been kid’s stuff for the U.S. Secret Service, but the agency chalked up a much more significant achievement recently when it obtained indictments against 13 members of an international ring allegedly responsible for printing and passing tens of millions of dollars of very high-quality bogus notes.
Continue reading "SECRET SERVICE SCORES HIGH-STAKES SUCCESS"

1st American Reserve wanted to post this interesting piece that was written by the late great writer, Ed Reiter, of things to do with coins and numismatics.

Reiter had suggested that the article might be called the 21st-century version of buried treasure.

Reiter suggested that it might be called the 21st-century version of buried treasure.
FBI agents investigating a missing Federal Reserve coin shipment struck paydirt – literally – on Feb. 4, 2005, when they dug up 676 bags of nickels, containing more than 2.7 million coins, behind a stable on a farm outside Miami, Florida. The coins weighed more than 29,000 pounds, or nearly 15 tons.

Continue reading "Small Change, Big Haul - What would you do with 29,000 pounds of coins?"

1st American Reserve has noticed the many articles about the coin shortage issues spreading across the nation. Are you aware how you can help with this problem?  Below are some excerpts from some articles discussing the issue. From Fox Business:  A Chick-fil-A in Virginia is offering customers food vouchers in exchange for coins to avoid going cashless amid a nationwide coin shortage due to the coronavirus pandemic.

For every $10 of rolled coins, customers will receive the same value in paper bills in addition to a Chick-fil-A card for a free entree during select hours on Wednesday.

In a virtual hearing last month, Federal Reserve Chairman Jerome Powell said that the flow of coins has "kind of stopped" as a result of consumers not going to stores and businesses facing lockdowns.

Continue reading "Major coin shortage affects the nation - some companies are trying to provide some relief by buying change from customers."

In July of 2019 this was an article we ran - looks like it is coming true.

A number of mainstream investment banks and commodity market analysts see fundamental reasons why silver ought to be higher – perhaps $17 to $18 later this year – even though silver remains mired around $15 now. Three major banks have issued price projections of $18 for 2019: Bank of America Merrill Lynch, Natixis and ABN AMRO. In addition, the commodity market analysis group Capital Economics predicts $17.50 silver this year. Some private firms have predicted even higher prices of $20 and more.

Their reasons are fundamentally sound: Positive investor sentiment has driven higher bullion coin sales, while industrial demand has also risen, and new supply has fallen slightly over the previous year. Rising demand and falling supply generally yield a rising price, unless massive amounts of old supplies come onto the market.  In addition, there are the financial considerations that also impact gold: falling interest rates in the U.S. and around the world, soaring debt levels in the U.S., and a weakening U.S. dollar as a result.

Exactly half a century before the motto “In God We Trust” first appeared on circulating U.S. coinage, a close approximation of this now-famous phrase turned up in a poem that went on to attain equally iconic status when it was set to music and became “The Star-Spangled Banner.” Few Americans are aware of this precursor, for the words are embedded in the seldom read – and almost never sung – fourth stanza of the poem, but it provides a fascinating link between their country’s official national motto adopted in 1956 and official national anthem adopted in 1931.

In the poem’s penultimate sentence, those who read – or sing – the entire set of lyrics will find the following reference to the Almighty:

Then conquer we must, when our cause is just,
And this be our motto: “In God is our trust.”

In his 1863 report to the Secretary of the Treasury, Pollock acknowledged the influence our National Hymn had on his work when he wrote:

“The motto suggested, “God our Trust, is taken from our National Hymn, the ‘Star-Spangled Banner.’ The sentiment is familiar to every citizen of our country; it has thrilled the hearts and fallen in song from the lips of millions of American Freemen. The time for the introduction of this or a similar motto, is propitious and appropriate. Tis an hour of National peril and danger, an hour when man’s strength is weakness, when our strength and our nation’s strength and salvation must be in the God of battles and of nations. Let us reverently acknowledge his sovereignty, and let our coinage declare our trust in God.”